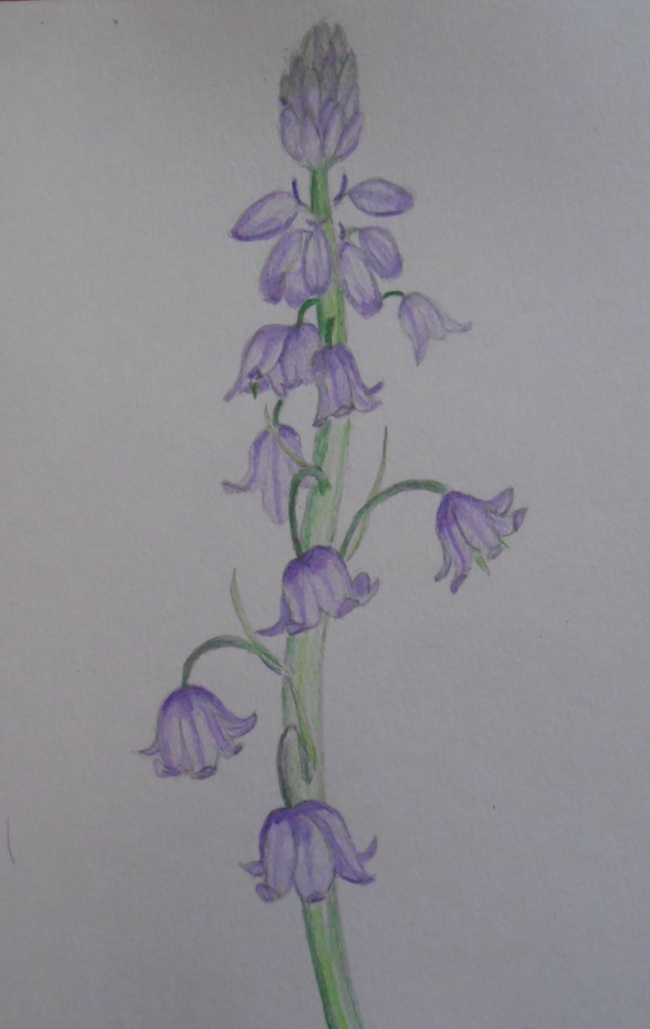 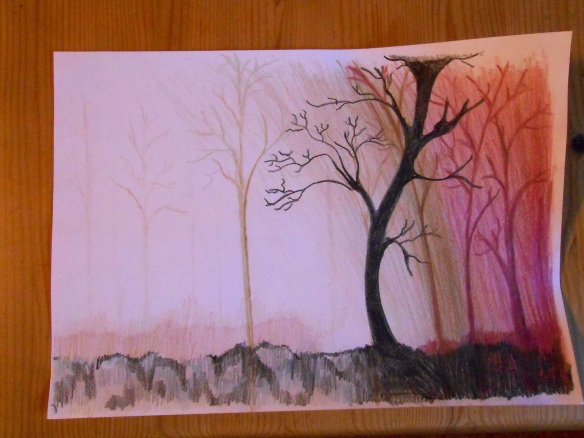 These pictures are drawings that I have done recently!

I drew this, last night while watching country file.

I’m quite liking this drawing lark. I have had a go at painting, but not ready for show and tell yet! X 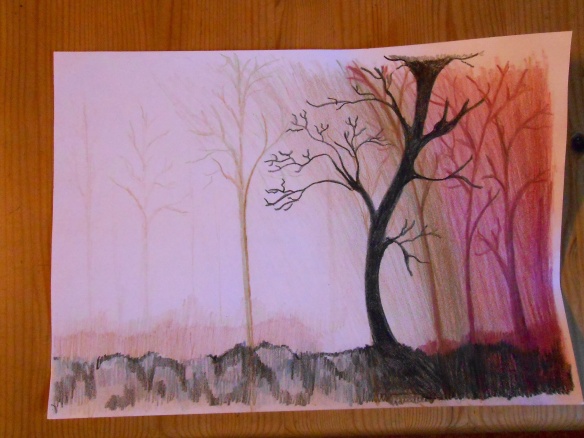 I was on a walk with the dog one early morning this week, it was such a beautiful morning, heavy dew sparkling on the grass, making the small cobwebs shine, trees showing through the mist in the back ground and I just thought ‘wow’ I so want to paint this. But I had no paints. I was thinking about it all day, so in the evening I searched out some old colouring pencils that were the boys as they were growing up, sharpened them up, ordered them in colours, and I drew this. What do you think? It’s no Da Vinci, I know!

So today I went out and have brought some acrylics, I don’t know what to do with them but I’m looking forward to having a play later. As I’m such a perfectionist I’m sure most of it going to end up in the bin out of frustration, but I just want to give it a go!

So if there is any of you out there that have any tips, mainly on mixing colours and layering then I’m all ears!

Take a look at this!

Posts people have most visited…

Perspectives on mental health and mindfulness from an anxious perfectionist.

Becoming the Very Best You

What You Blog About

the beauty of Ohio's Amish country

BLOG ABOUT BALLET AND DANCE

Author of The Medium and Talking with my angel

An imperfect journey to growth and happiness

Love Yourself Love Your Life

A branch birthed from Dim Lamp

For the midlife man who can't make up his mind

Just some thoughts of mine